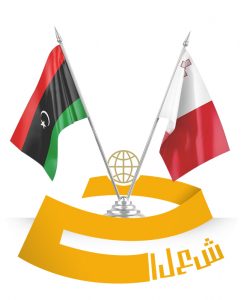 The LAFICO Legal Representative office in Malta was established in November 1981. It was set up to serve as a bridge for investments between ‘The Libyan Foreign Investment Company’, based in Libya and the rest of the world.

Mr. Moussa Alhassan Atiq, born in 1986 in Sebha, Libya, is the General Manager of Libyan Foreign Investment Company  – LAFICO, since 13th June 2021. He has previously occupied the post of the ‘Manager Director’ of Libya Africa Investment Portfolio (LAIP). He also occupied the position of Legal Consultant at the Libyan Investment Authority – LIA.

He had obtained a law degree from the University of Sebha, a Diploma in Law Academy of Graduate study and a master’s degree in ‘International Business Law’ at the Bournemouth University, England.  Moussa Alhassan Atiq has a wealth of experience spanning over 15 years in different sectors.

His strong analytical ability and excellent communication skills makes him a thoughtful leader and a confident decision-maker.  He will establish goals and strategies that are essential for the ‘Libyan Foreign Investment Company’ (LAFICO) to increase business success, through modern technology, while competing with other companies around the world.

Mr Moussa Alhassan Atiq is following up the works of Mr Salem Hnesh who was the Director General of the Libyan Foreign Investment Company.  Mr Salem Hnesh had achieved impeccable results for the company during the previous difficult years. 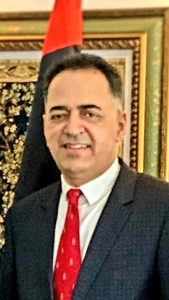 Our vision is to move from a stage of anticipation and stagnation to another stage that believes in the need for changes, modernization and upgrading to meet the changing market demands Our aim is to raise Libyan investments in Malta Our mechanisms operate according to modern concepts that take the approach of communication, participation and an open approach and plan of action.


The Libyan Arab Maltese Holdings Company Limited was set up on the 18th November 1975 with equal shares between the Maltese and Libyan people. LAMHCO is a company that incorporates different sectors of businesses…


Mediterranean Aviation Company Limited, also known as ‘Medavia’ was established in 1978. It operates charter flights between Malta and Libya, covering the remote airfields of the oil and gas industry in Libya. ‘Medavia’…


Medelec Swichgear Company Limited founded in 1977, is a company equipped with new technologies to produce mainly Switchgears and provide Engineering Services. The company has throughout the years, successfully…


Universal Inspectorate & Services Company Limited was established in 1984. It specializes in professional inspections, (quality, quantity and packing) of different commodities and goods such as Food & Feed, Medical Equipment…