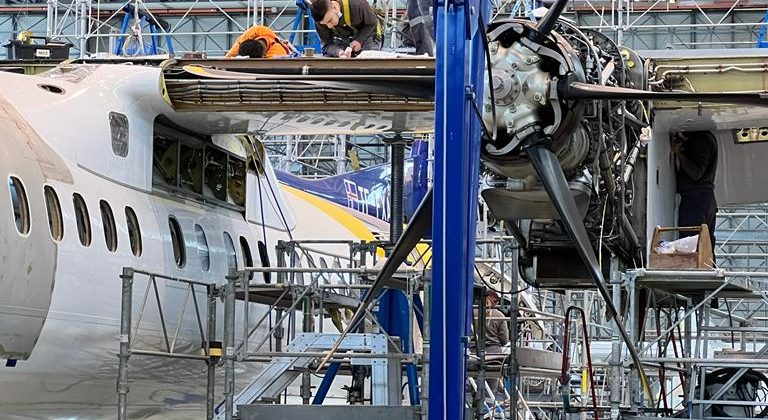 Business visit to The Medavia

Mr Mustafa R Mozoghi, the Financial Advisor at LAFICO Head Office in Tripoli and Mr Alsaied Dhaim Local Representative for LAFICO Malta Office were welcomed yesterday by Mr. Mohamed A Dau Managing Director of Medavia. Several issues were discussed, including business matters, safety, and responsibilities of each worker at the Company. 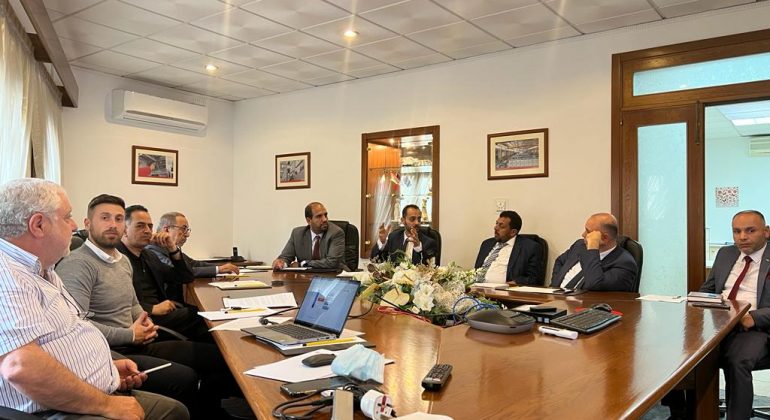 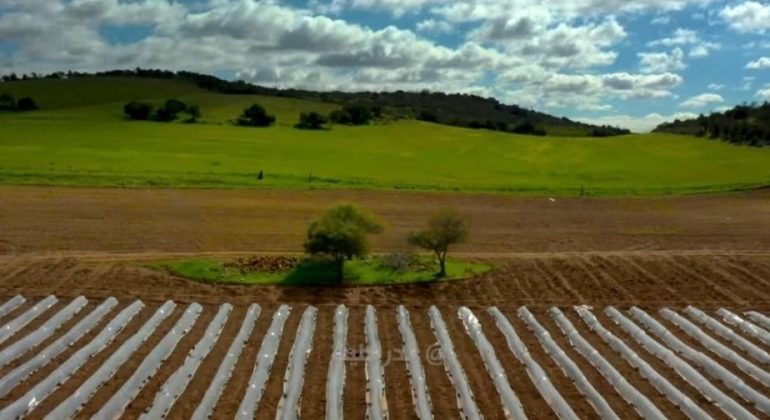 Sharing a video published by the talented Bader Taib together with his comments.

“After visiting many places in this country the vast variety from beautiful landscapes and astonishing oasis in the middle of the dessert and the eye-pleasing sites and views in the south and more, I think it’s safe to call Libya a continent instead of a state, and it can be a great location for international tourism as well as local tourism if activated”. 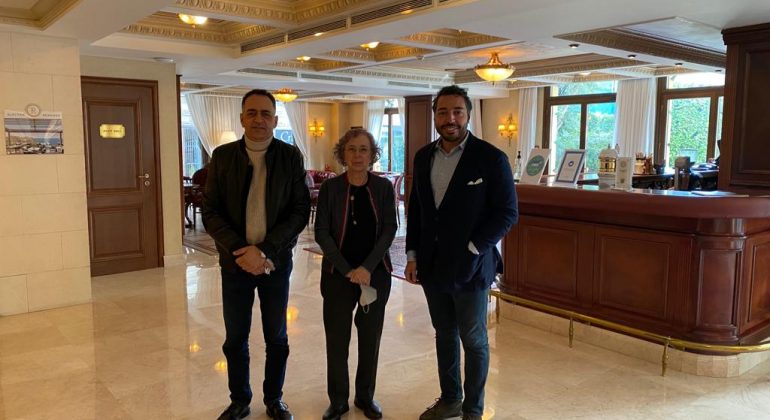 TRANSFER OF SHARES IN LIBECO SA TO LAFITRADE HOLDING LIMITED

We are pleased to announce that we have this week concluded a transfer of shares from Ms. Eleni Tsiokas, a Greek national, to Lafitrade Holding Limited, in LIBECO SA, a company incorporated in Greece.

Lafitrade Holding Limited is now a shareholder of 38.25% of LIBECO SA’s total shares, together with the Libyan Foreign Investment Company whose shareholding stands at 49.5% and that of Piraeus Bank SA at 12.25%.

Mr. Alsaied Dhaim, appearing on behalf of Lafitrade Holding Limited, signed the share transfer deed in the presence of Mrs. Tsiokas and Mr. Salah El Busefi, who was also present during the meeting held in Athens to finalize this transfer. 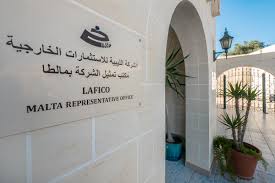 The Libyan Foreign Investment Company has the pleasure of celebrating the forty-year anniversary of the establishment of its representative office in Malta. The local branch of LAFICO was established in Malta on the 23rd of November 1981. It was set up to serve as a bridge for investments between Libya and the rest of the world.

On the commemoration of this occasion, the Local Representative of the LAFICO Malta Office, Eng. Alsaied Dhaim said, “The continued presence and investment of LAFICO in Malta represents the continued bond between the Libyan and Maltese people that has subsisted over the course of the past forty years. Our goal remains to continue to foster our investments in Malta and modernize our structures to meet growing present-day demands.”

LAFICO has various subsidiaries and associated companies that have a long-standing history in Malta and a close connection to the Maltese people.

The Libyan Arab Maltese Holding Company Limited was set up in 1975 together with the Maltese government as an investment holding company.

The Mediterranean Aviation Company Limited, better known as ‘Medavia’, was established in 1978. Medavia has a long-standing presence in the aviation sector in Malta providing various charter flights between Malta and Libya and aircraft maintenance services.

Medelec Swichgear Company Limited was founded in 1977. The company is a joint venture company between the Maltese government, LAFICO, and Schneider Electric Industries SAS. The company is equipped with new technologies to produce switchgears and provide engineering services.

Universal Inspectorate & Services Company Limited was established in 1984. It specializes in professional inspections, and quality, quantity, and packing of different commodities and goods, such as food, feed, and medical equipment.

In conclusion, we always strive to work hard to develop and support these joint projects, and we have confidence and conviction that the coming years will enhance the role of these companies in contributing to the development of the Maltese and Libyan economies. 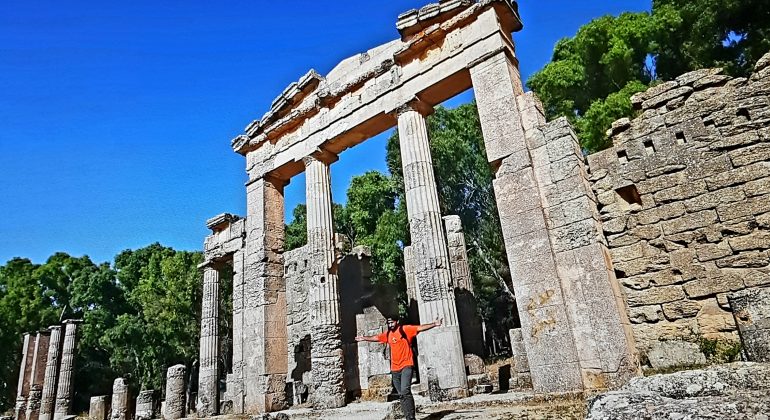 We share this video from ‘Rahalista’, where he shows us some great places in Libya that are worth a visit. 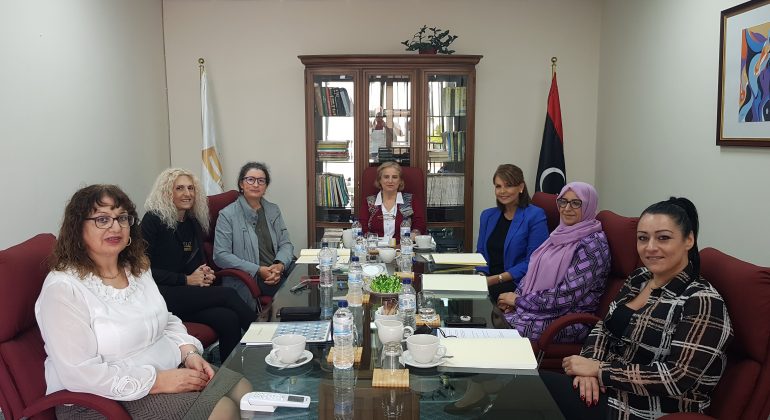 Meetings matter even more for women

On the 5th of November 2021, the women from LAFICO Malta Representative Office and the Subsidiaries Companies, got together and discussed how to put forth the greatest possible amount of effort and energy towards improving their place of work for the benefit of all the employees.

An important topic discussed, was the increasing number of documents needed to submit the Residence/work permits for the Libyan Officials, online with ‘Identity Malta Agency’.   Sometimes these applications take quite a long time to be approved and issued.  This matter can create some problems for the LAFICO Officials, while they are seconded to work in Malta.

Virtual meetings, remote working and other changes brought on by the coronavirus pandemic is a challenge to consider flexibility of working from outside the office.  However, several studies have pointed out that women can be talked over or ignored during ‘in-person’ meetings. The pandemic is a perfect opportunity for LAFICO company to take a stance in addressing the need for greater gender and racial equity at the place of work.

All of those present at the meeting agreed that similar discussions are to be held more often. 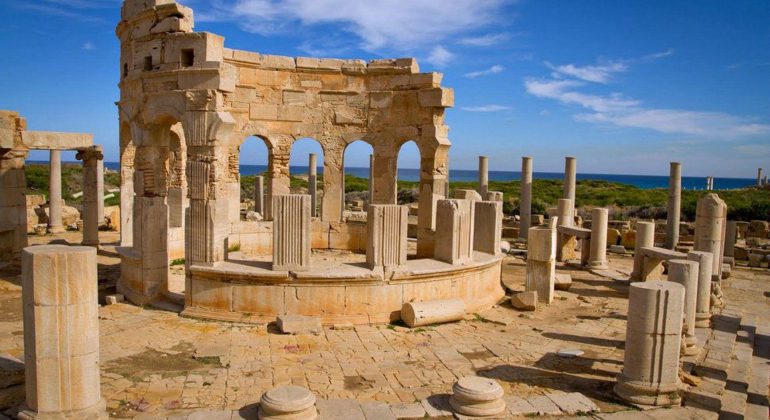 The tourists will come again to Libya.

A group of tourists guides visited Libya to see how the country is preparing for tourists in the near future.

Libya is opening up to tourists.

For the first time in a decade, a group of around one hundred mostly European tourists have visited the historic oasis town of Ghadames, deep in the desert.

The convoy of vehicles was accompanied by the police to guarantee security.

“They are breaking the barrier of fear among the many admirers of the Libyan desert, thanks to the supporters and the good people, as well as the state, which deployed all its resources from the tourism and interior ministries. As you can see from the escorts that we have, there is high protection”, said the tour guide, Ali al-Kouba.

The visitors arrived via a border crossing with Tunisia which had opened in September after months of closure due to the coronavirus pandemic.

The tour was paid for by the Libyan state in a bid to attract more tourists.

Many, such as this Italian tour operator, are delighted to return to the country.

“Here we are in Ghadames at last, it’s been ten years and we hope to come back to work with clients again in the field of tourism. It went very well, in any case, we were certain that we would be welcomed in this wonderful country”, said Giovanni Paolo, a tour operator and long-time admirer of Libya.

Tripoli sees tourism as a key sector of the economy. 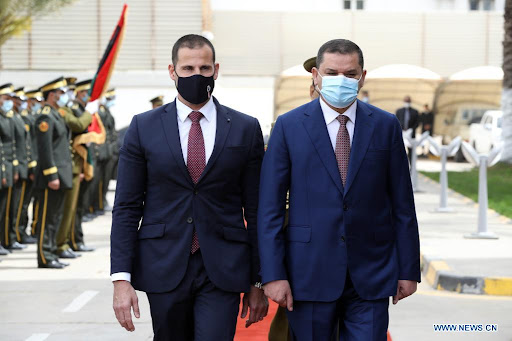 On the 10th of September 2021, meetings were held between the Prime Minister of Libya Mr. Abdulhamid Dbiebah, and the Maltese Prime Minister Dr. Robert Abela, together with other cabinet members. It was agreed on several projects to increase bilateral collaboration including commercial flights between the two countries.

During these meetings Dr. Robert Abela referred to the ‘LAFICO Representative Office‘ in Malta, which has long served as an investment bridge, creating and providing opportunities in the business sector that can be developed even further with new technologies while providing training opportunities for Libyan personnel. The objective of the ‘LAFICO Representative Office‘ is to increase its overall efficiency and produce the best return on its investments in Malta.

More information about the visit to Malta can be viewed through the following link: