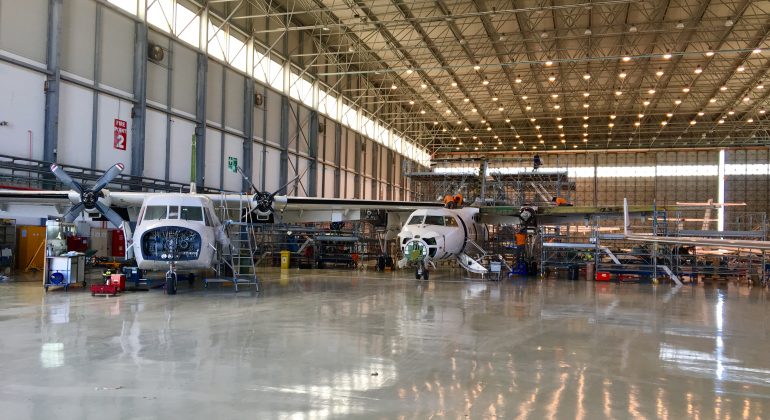 Based in Malta for more than 40 years, the aviation company Medavia, which was founded mainly to serve the Libyan market, has managed to diversify its activities, overcoming the various storms of instability. in Libya, which began even before the current crisis, when Libya and Medavia had to face United Nations sanctions against Libya.

It started with a small hangar but expanded to offer a range of services related to the aviation industry. Medavia is recalling a 40-year history of the ups and downs of Libya’s instability. The company prides itself on the fact that despite going from one crisis to the next, it has never laid off workers and today, with its work, it is struggling to find workers.

Medavia’s Chief Human Resources Officer, Ivan Refalo, said the company’s biggest growth was in the maintenance of certain types of aircraft, a sector that has almost tripled in the last two years. He explained that this growth was due to the fact that the company obtained the approval to repair 10 types of aircraft. He said, however, that the company could not grow further because the lack of workers with the necessary skills would get their hands dirty.

Ivan Refalo said “to employ people from third countries, from outside Europe, the process is very long. Although we have to admit that some progress has been made and we find help, only the process is still long and we cannot rely so much on it. In fact, today we have to acknowledge that for this immediate time, for the next year and a year and a half we must consolidate that we have and not look for other aircraft approvals. “

Medavia employs 220 workers from 22 different countries. 80 of them are Maltese. Mr Refalo said many of those occupying senior positions in the company, including technicians, have climbed one step after another after starting as apprentices.

Mr Refalo said that although in the last two weeks, flights to Tripoli had all stopped due to fighting, until recently Medavia was the only company that continued to offer flights between Europe and Libya. He said that in the first quarter of this year he operated an average of 15 flights a week.

Mr Refalo said that with the various services, Medavia has recently added another service, which he said should open new avenues for the company.

Ivan Refalo said “Medavia is the only company that has design approval in terms of EASA known as part 21 – we modify design. This will not only change livery but may involve changes to the seating configuration – from a 50-seat to a 30-seat aircraft but with more comfort. “

Mr Refalo said discussions were under way for further collaboration with Air Malta. He said the company has a presence in several countries including Libya, Ghana, South Sudan and Tunisia and said it is expected to expand with similar services in African countries and Russia. ”